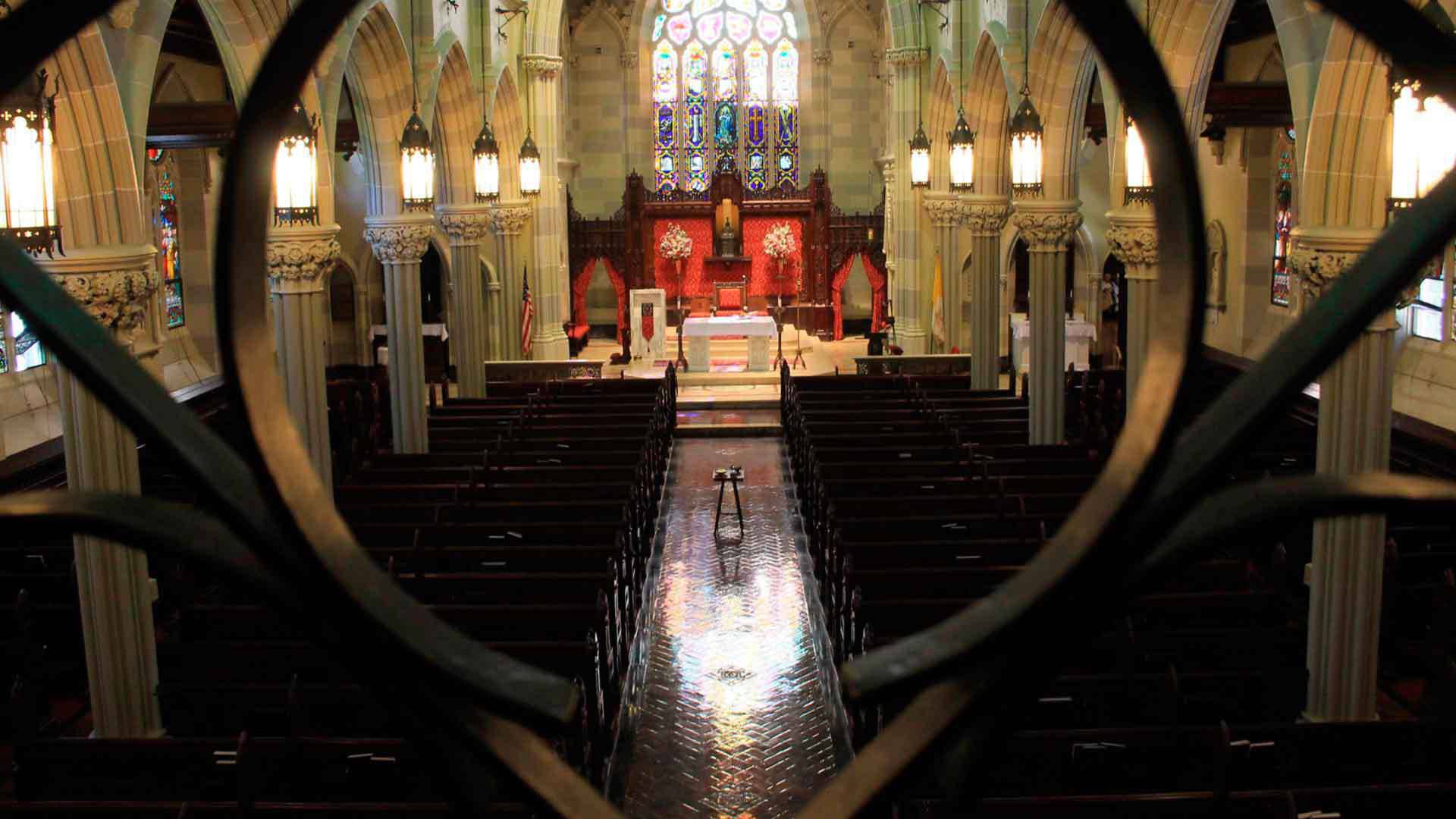 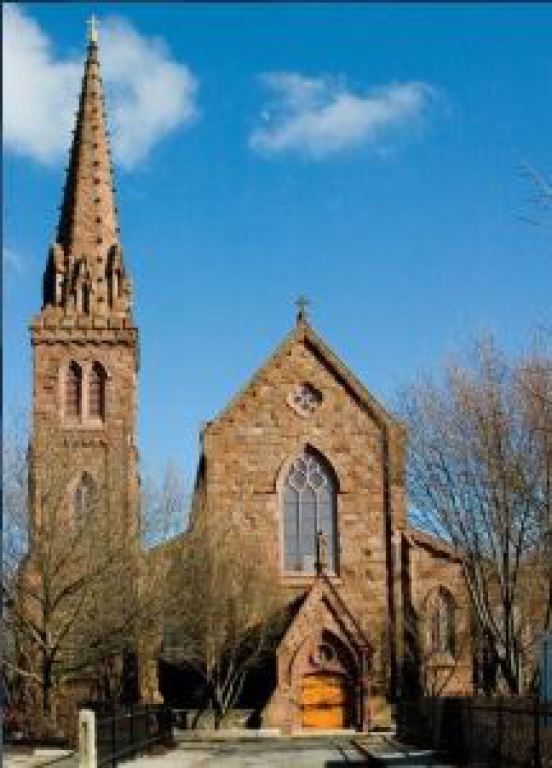 At the beginning of our church's baptismal register it states, "St. Mary's congregation started with Ft. Adams." It was, in fact, the discovery of the numerous Catholics working at Fort Adams that prompted Bishop Benedict Joseph Fenwick to assign the newly ordained Father Robert Woodley to Newport to found a congregation.

On April 8, 1828, Father Woodley purchased land on Barney Street that included a schoolhouse, which was later remodeled for use as a church. As the first property held in the name of the Catholic Church in Rhode Island, the land still remains the property of the diocese. Its purchase marked the origin of St. Mary's parish. In November of the same year, the church was consecrated and the parish was officially established. However, the original building soon proved to be too small. Five years later, in 1833, a wooden structure church seating eight hundred was constructed on an adjacent lot and dedicated to St. Joseph.

Statistics from November 1846 document the burgeoning Catholic community in Newport. St. Mary’s parishioners numbered five hundred and eighty-six of Newport’s population of approximately nine thousand.  Now, instead of once a month, Mass was offered every Sunday. As the Catholic population continued to grow, it became apparent that the members needed a larger church.  Although in use for only a few years, the church constructed in 1833 was poorly built and considered unsafe.  On February 2, 1847, Father James Fitton paid $4,000 for the land on Spring Street, where St. Mary's Church now stands.

Work began on August 7, 1848, with the men of the parish volunteering at least one day's labor to help dig the "trenches."  The first stone was laid August 15, and the following day, the walls began to take shape; the church seated 700 worshippers. On June 14, 1849, Bishop Bernard O'Reilly consecrated the building, committing it to the patronage of the Holy Name of Mary, Our Lady of the Isle. 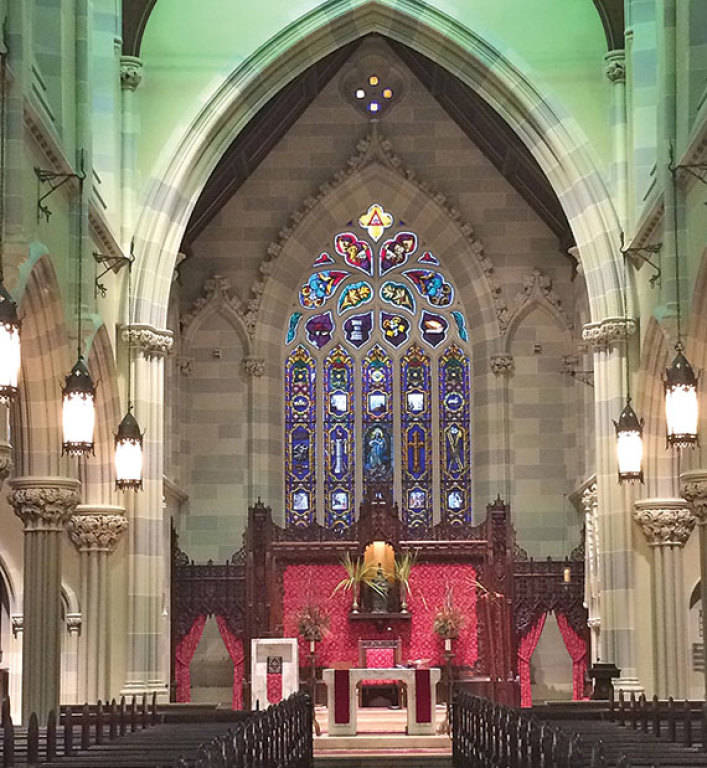 St. Mary's took on new responsibilities during the Civil War (1861-65). The United States Naval Academy relocated from Annapolis, Maryland, to Bellevue Avenue in Newport for four years. During that period, St. Mary's Church served as the chapel for the Naval Academy.

In addition to its official services, St. Mary's hosted a number of society weddings.  In 1871, Colonel Jerome Napoleon Bonaparte, grandnephew of the Emperor of France, married Caroline LeRoy Edgar, a granddaughter of Daniel Webster. According to 1881 records, Colonel Bonaparte was one of St. Mary's most generous patrons. In addition, Mrs. Theodore Havenmeyer, wife of the Austrian consul, generously donated the funds for the 1878 renovation of the vestry. These wealthy patrons played an important role in maintaining the church. 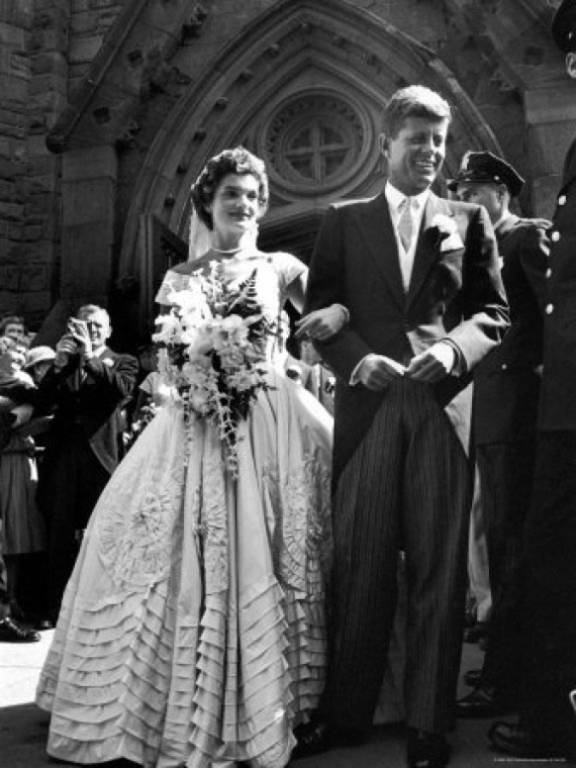 Perhaps the most famous and poignant wedding took place on September 12, 1953 when Jacqueline Lee Bouvier was married to then-Senator John Fitzgerald Kennedy (later the 35th President) at St. Mary's Church, Newport. Archbishop Richard Cushing (later Cardinal Cushing) of Boston performed the ceremony, and, over the three years that Kennedy held office, when he and the First Lady spent weekends in Newport, they attended Sunday Mass at St. Mary's Church. They always sat in pew #10.

St. Mary’s Church, its School of Religion, and Rectory were added to the NATIONAL REGISTER OF HISTORIC PLACES, an honor that distinguishes this parish from many others. It was, and still remains, one of the most beautiful edifices in all of New England.